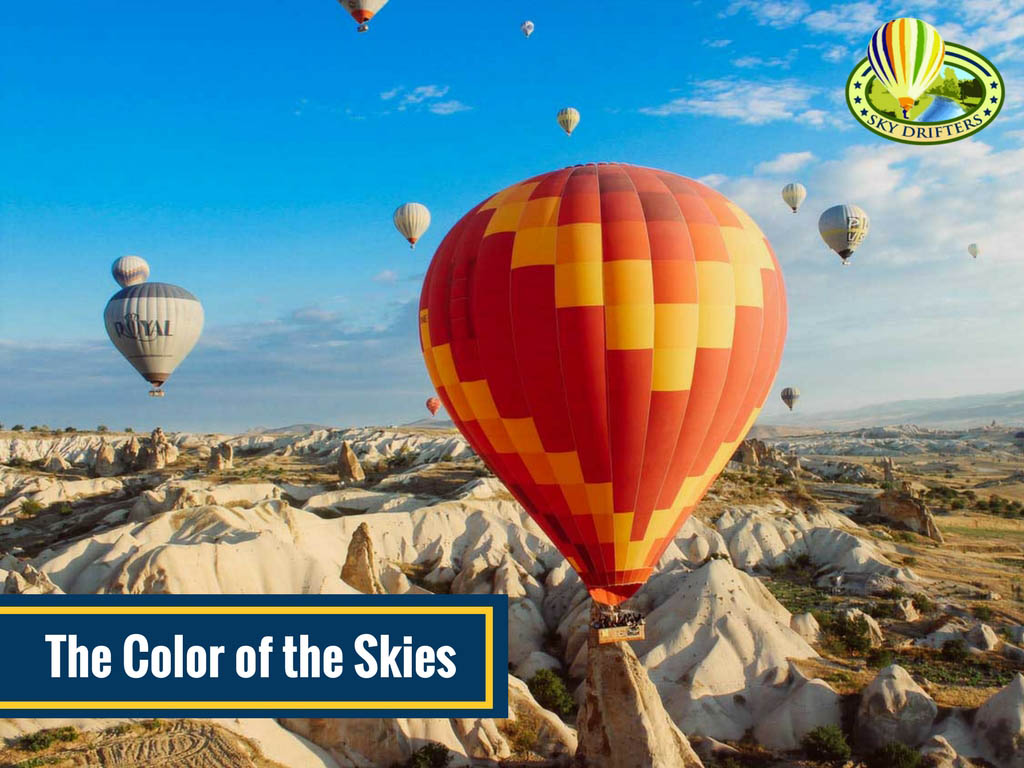 Over Labor Day Weekend, Sky Drifters was pleased to be one of 12 balloons supporting the Children’s Hospital of Southern California at the Color the Skies balloon festival in Ripon, California. For those of you that aren’t sure where Ripon is, it’s off the 99 about halfway between Manteca and Modesto. Next year we’ll try to post some advanced notice so you can come to the Festival!!!

On Saturday, the balloons began inflation at around 6:00 AM, and were ready to launch at about 6:45 AM. Our balloon took two of the event sponsors for a fun flight over almond groves, corn fields, and dairies, eventually landing in an empty field next to a small dairy. Our passengers were thrilled, and after the chase vehicle arrived, we loaded the balloon back up and headed back to the event for some fun at the event’s many booths. Among our many finds in these booths were some of the world’s most delicious heirloom tomatoes!

On Sunday, the wind had picked up a little, and we got our balloon up and inflated quickly to minimize the complications of a windy inflation. Sky Drifters staffer Christina got to go for a flight on Sunday, along with a member of the crowd who won a balloon trip as a raffle prize. We flew over the Stanislaus River, and saw cornfields galore! We eventually landed softly in a fallow field next to an irrigation canal. Our passenger had a great time and our chase driver (one of our passengers from the previous day) was at the field before we even landed!

We’re back now from our fun weekend at the Festival, and we’re proud to have helped make the weekend a fundraising success for the Children’s Hospital!